Protecting Your Server with SSH

Protecting Your Server with SSH 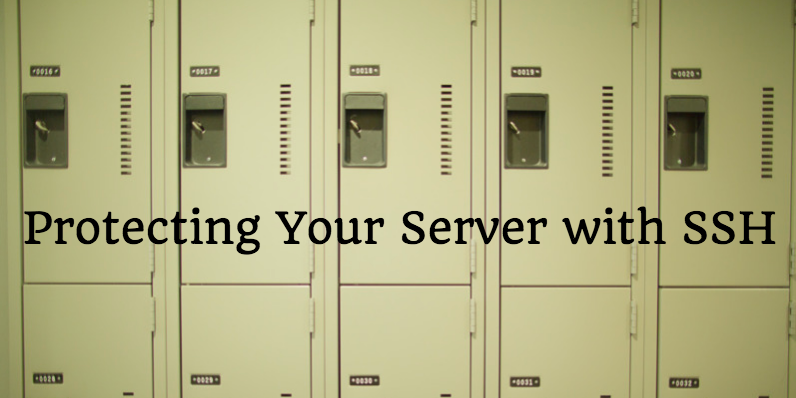 Server security should be a priority to anyone housing data on the web. Even if the information shared is meant to be public, the servers that store it should always be kept under tight lock and key. That’s because servers can be manipulated to perform many malicious activities. One of the most efficient ways to protect against this is for network administrators to have a thorough understanding of the Secure Shell (SSH for short) protocol.

SSH itself is a network protocol used to create secure, encrypted entry into remote machines. SSH allows a remote user to access and control the machine’s command prompt over a secure channel – even in an insecure network. The protocol was created to offer encrypted data transfers across any network and is often distinguished between 2 primary versions: SSH-1 and SSH-2.

The Differences Between SSH-1 and SSH-2

The two major versions of SSH have several distinct differences. SSH-2 is typically accepted as the more secure option, but SSH-1 offers more options for user authentication methods. SSH-2 supports the changing of passwords and also allows for any number of session channels within a single connection. These are only a couple of the major differences, but the main thing to remember is the SSH-2 is typically the safer option for using SSH.

What Are SSH Keys?

SSH keys are used to keep passwords safe across an unsecure network. They are created as a means of user identification that actually doesn’t require any password to be sent at all. These keys can be used to connect to a single server or multiple servers without actually logging in. While they aren’t an appropriate use for all environments, they can certainly serve as an added layer of protection in many cases where remote access is absolutely necessary.

Using SSH to Secure Your Server

Linux-based virtual servers, such as those offered here at URPad, are often protected by SSH. The server must be running SSH Daemon software (ours run SSHD right out of the box) and the end user must also be running an SSH client on his/her local machine. The user must then authenticate the authorized key(s) he/she plans to use. Then the user can create an SSH key to enjoy secure remote access to manage the server as he/she sees fit. One of the key best practices for SSH VPS users to remember is to disable the root login.

Protecting Your Servers with URPad

At URPad.net, we place tremendous importance on server security. We encourage all our VPS users to learn as much as possible about their servers and our team is here to offer additional support in any way we can. And keep in mind, we do offer 10 Gbps DDoS protection. If protecting your data is important to you, go with a hosting provider you can count on. Choose URPad!